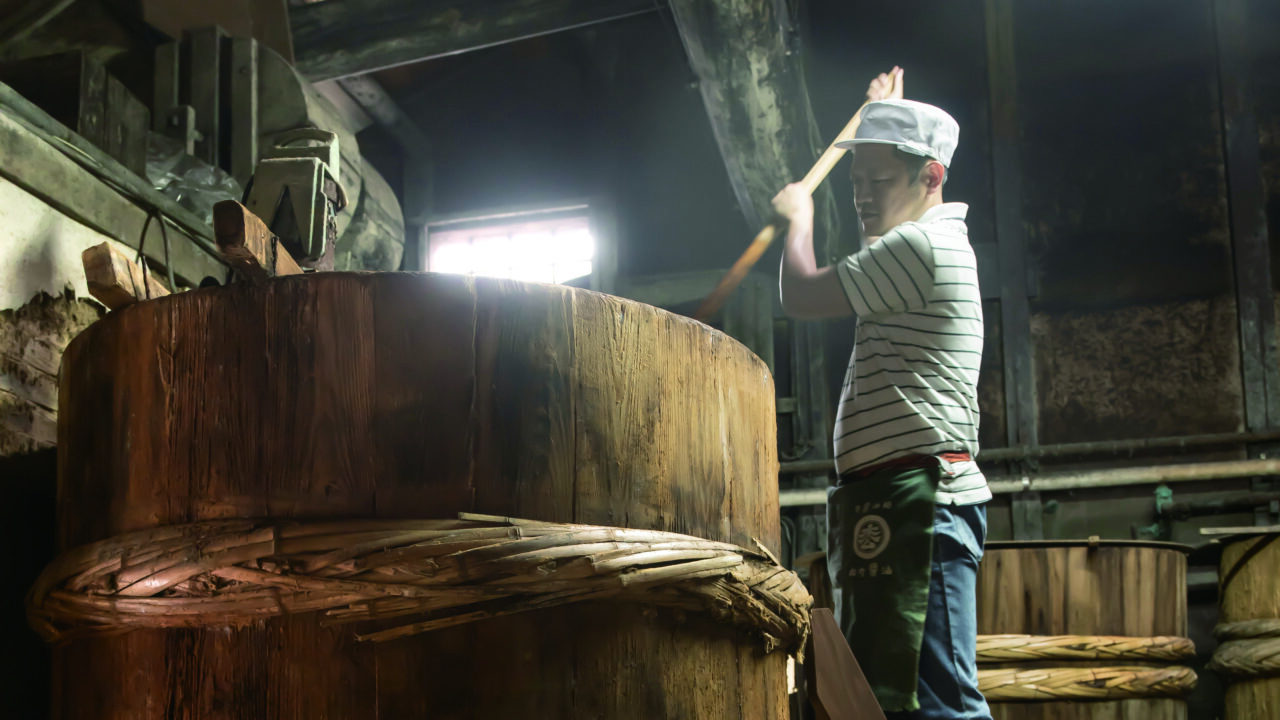 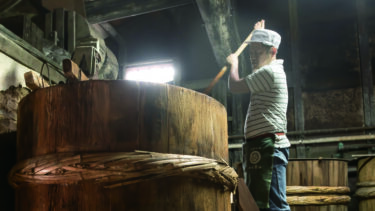 The Secrets of Soy Sauce

Dark, lustrous and fragrant— shōyu (soy sauce) is another one of Japan’s most commonly used seasoning brewed with kōji mold. Like miso, soy sauce also originates from China. One theory speculates that it was discovered when someone scooped up some residual  liquid on the bottom of a miso barrel to use  as a flavoring for food. Although soy sauce  and miso are produced with similar  ingredients, the two seasonings have very  different flavor profiles. Miso uses kōji mold  grown on steamed rice; soy sauce is also  fermented with the same magic mold but  cultured on steamed soybeans and roasted  wheat, which is what adds that unique aroma  and sweetness. To make shōyu, soybeans, wheat, salt, water and kōji are mixed together and left to mature for about a year or two. The resulting pulp, called moromi, is pressed to extract the soy sauce.

The mash known as moromi that results from fermentation. When sufficiently mature, the mixture is pressed to produce soy sauce. Rich in lactic acid bacteria and nutrients, moromi itself has traditionally been consumed as a foodstuff in Japan. Also for sale at Matsuno Shōyu.

To observe the process of traditional shōyu brewing first hand, Enjoy Kyoto visited Matsuno Shōyu, located in Kyoto City’s northwest region called  Takagamine. Established in  1805, it is the oldest soy sauce brewery in Kyoto City. We’re escorted through the charming old wooden building with a roof that has become slightly lopsided to the brew room, where we suddenly feel small among gigantic Japanese cedar barrels taller than any of us. Our noses are immediately filled with the warming aroma of soy sauce. One of the barrels has been in service for almost a century, repeatedly repaired over the years. Visibly starting to crumble with age on the outside, it sits like a wise elder among the younger barrels.

“The shōyu ferments and matures in the wooden barrels too. In theory they can be replaced with plastic, but the countless generations of yeast and bacteria inside these barrels are what create our unique flavors,” explains President Satoshi Matsumoto, impressing in us that it’s the microbes that make soy sauce. All humans can do is to maintain a habitable environment so that they can do their job. In the hush of the brewing room, it feels like you just need to squint to see a whole eco-system of microbes wiggling around and working their magic.

Kōji mold to brew soy sauce is first fermented inside these columns of cedar boxes in a stove-heated room.

Unfortunately, the future of wooden barrels doesn’t seem so bright. The only  remaining barrel-maker in the country, where Matsuno Shōyu has had theirs repaired over the years, has recently closed due to the lack of successors. “I hope to start providing support for young artisans in order to help pass the art of barrel-making on to the next generation,” resolves Matsumoto.

Matsuno Shōyu produces five to six varieties of soy sauce with varying salt content, sweetness and colors to complement the delicate flavors of Japanese cuisine. One of their more unusual products would be their “double-brewed shōyu” which is made with regular soy sauce instead of salt and water, and has an extended maturation period. Viscous and rich with umami, it pairs extremely well with sashimi. Their “marudaizu shōyu” is also a specialty, brewed with domestically produced whole soybeans and wheat. It is unpasteurized, which means that the yeast and bacteria in the soy sauce are alive in the product on the shelves. Trying the “live” sauce, our palates were dazzled by the robust, complex flavors—savory, sweet, and vibrant all at the same time. Straight from the barrel, it was the taste of history and what the very first shōyu might have been like. 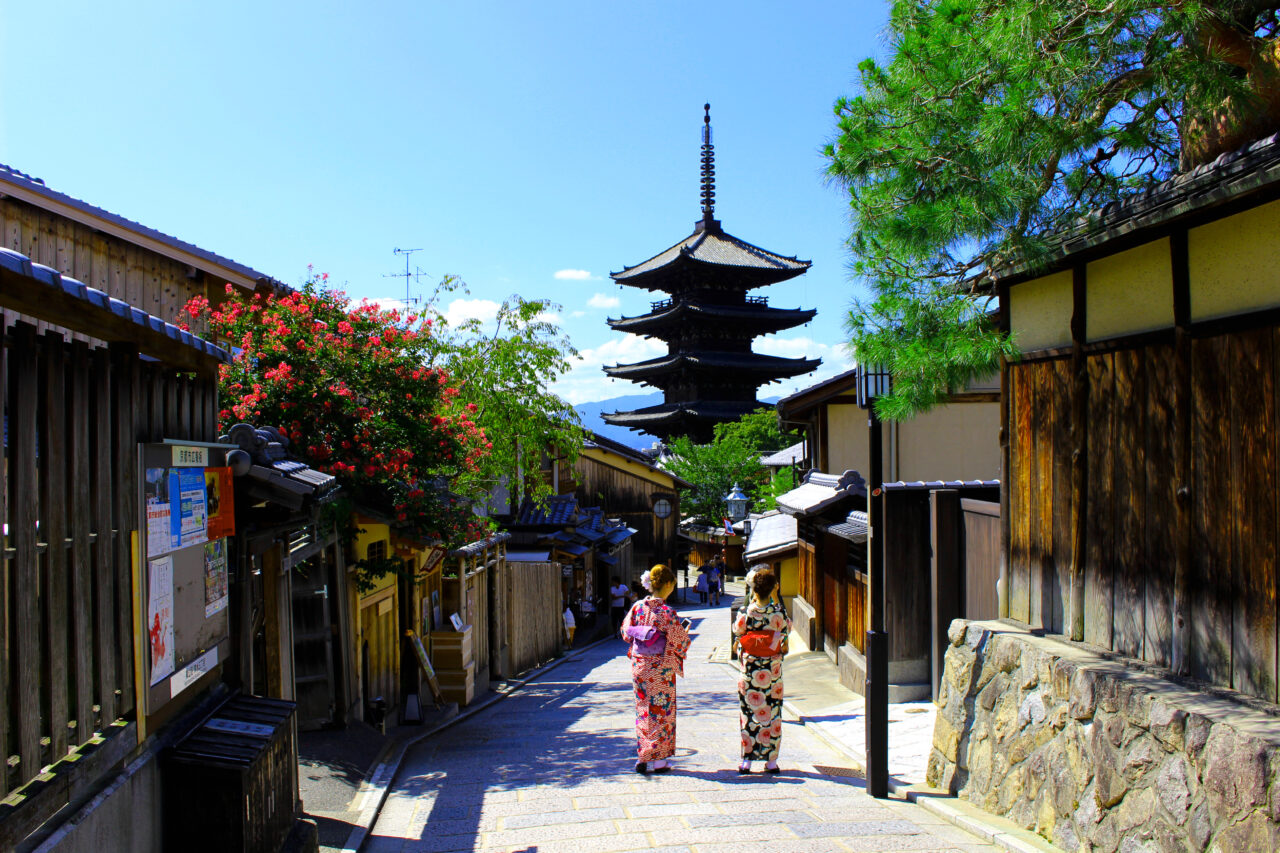